If you sell on Amazon, then you probably vividly remember one year ago, when Amazon dropped the bombshell announcement: that it was banning incentivized reviews.

At the time, this game-changing policy had many Amazon sellers in an uproar. And understandably so! For many, getting samples of their products into the hands of consumers –who were more than happy to leave a review in exchange for the product or payment, was a key part of many companies’ promotional strategy.

But one year on, what’s changed? Have these changes impacted Amazon sellers as much as previously thought? 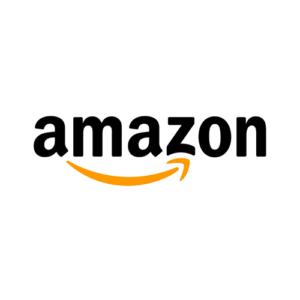 Amazon.com’s third-party seller market is extremely competitive –with millions of sellers from over 100 countries selling nearly 30 million products. The marketplace has been experiencing a rapid growth from China and Hong Kong in particular.

One practice that Amazon sellers would turn to in order to build up credibility was using incentivized reviews. Love them or hate them, there’s no arguing that it was an effective way for companies to get the word out about their products and services.

But as of October 2016, Amazon.com began banning incentivized product reviews. This ban included both the practice of paying for reviews and sending people free or even discounted products to review. Amazon’s reasoning behind this was clear: to curb the flow of fake reviews that blurred the line between high-quality and poor products.
According to Amazon’s announcement itself:

“Customer reviews are one of the most valuable tools we offer customers for making informed purchase decisions, and we work hard to make sure they are doing their job…

…Our community guidelines have always prohibited compensation for reviews, with an exception – reviewers could post a review in exchange for a free or discounted product as long as they disclosed that fact. These so-called ‘incentivized reviews’ make up only a tiny fraction of the tens of millions of reviews on Amazon, and when done carefully, they can be helpful to customers by providing a foundation of reviews for new or less well-known products.”
Amazon’s announcement went on to say that they were banning incentivized reviews, except through their review service Amazon Vine.
But despite this many alarming reactions to this change in the Terms of Service, it seems that this policy change was a positive step for Amazon. This policy has, in many ways, helped to level the playing field, benefiting real entrepreneurs, and makes it harder for opportunists to capitalize on the previous system.

Why Amazon Did It: A Look at the Data

It appears that Amazon had enough supporting data to determine that there was a breach in the integrity and authenticity of the product reviews. The previous policy of allowing incentivized reviews became a potentially misleading part of the buyer’s decision-making process. 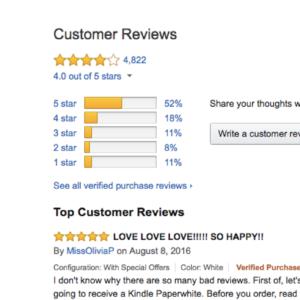 This study was conducted by analyzing over 7 million reviews. In the end Review Meta concluded that the incentivized reviews had a “massive bias.” Another interesting fact gleaned from this study indicated that incentivized reviews accounted for over 50% of the total number of reviews over the last two years. It also found that these reviewers were, “12 times less likely to give a 1-star rating than non-incentivized reviews, and almost 4 times less likely to leave a critical review in general.”
That’s shocking, when you think about it.
When a buyer would make a purchase from Amazon, based on customer reviews, in theory, they were basing their decision off reviews where 1 out of 2 has received some sort of compensation to review the product.

At the time of the change, we had selected four of the larger seller review companies, and asked for their reaction to this update. All four of these companies made it perfectly clear that they intended to abide by the new terms and conditions announced by Amazon.
Here’s a look at how each of these companies responded to this policy change:

There’s a lesson for entrepreneurs to learn from how each of these companies responded. Primarily, that even major policy changes don’t have to spell the end. For entrepreneurs; resilience and the ability to shift and keep up with change is key to survival.

It’s also worth noting that –as with the case of the above-mentioned companies, being able to prepare and deliver a succinct and well-written response to any media inquiries is key to mitigating potential PR disasters!

Here’s a look at how companies can navigate a potential policy change that negatively impacts them, or any other potential crisis:

As the change to policy showed, it’s important for entrepreneurs to diversify.
Just as you should diversify your investment portfolio, diversifying your e-commerce business will help to prevent you from being held hostage to policy changes. It will also increase your web presence; allowing even more people can find you.
There’s no reason for a company to commit to selling solely with Amazon, or any other company for that matter. With this in mind, let’s look at a few ways that ecommerce companies can sell online.

If you decide that you are going to choose one of the above options, you will need to take action to get customers to your site.

Here are a few steps you can take to boost traffic to your site and increase sales:

Regardless of how you respond to Amazon’s change in service, the suggestions above will also provide alternative channels to increase your business’s overall success.

Other Ways to Obtain Sales and Reviews 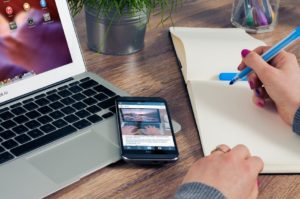 If you’re an Amazon seller that would like to drive up sales and increase reviews –here are some alternatives to incentivized reviews.

Asking the following questions to help you drive up sales and reviews:

When news of a game-changing policy or fork in the road scenario arrives –it’s important for entrepreneurs to be ready and able to adapt.
Amazon’s policy change wasn’t the first, and it certainly isn’t the last time that a company will drop news that will force entrepreneurs to alter their course.
Although Amazon’s changes have altered the way that many companies conduct business on Amazon, it’s important to maintain a long-term perspective.
These changes were made in an attempt to preserve the integrity of the platform. By working toward keeping Amazon reviews trustworthy –a dependable way for buyers to make informed decisions, Amazon is making a stand as a place where people can go for unbiased and accurate reviews. While it may cause short-term issues in the way that sellers gain product reviews, in the long term, this should help to keep Amazon a reputable place –one where customers will turn to time and time again.

For the record, we have posted this blog for free, not at a discount and no exchange of money or other compensation has taken place between our readers and us. Please feel free to leave a biased or unbiased comment or review below at your own choosing.