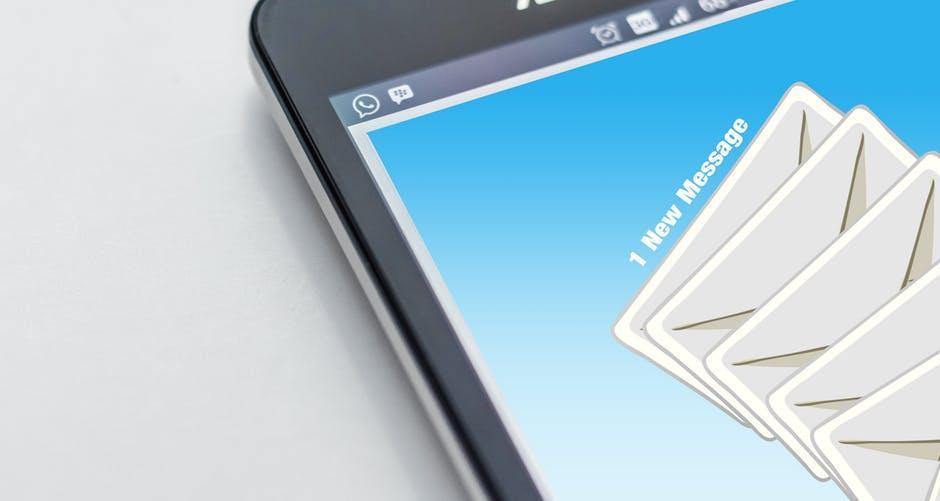 Don’t put all of your eggs in one basket. That’s sound advice and something I’ve been convinced of for quite some time. And it’s a good thing too –in light of a recent occurrence with MailChimp, my email provider of choice.

A few months ago, my MailChimp account was suddenly suspended, with MailChimp claiming that it was “under review.”

Fast forward a couple of days. Our account was still suspended, and we hadn’t received any updates or information from MailChimp as to what had happened.

Eventually, one of my team members reached out to inquire about why the account was still frozen.

Here’s what MailChimp said in reply: 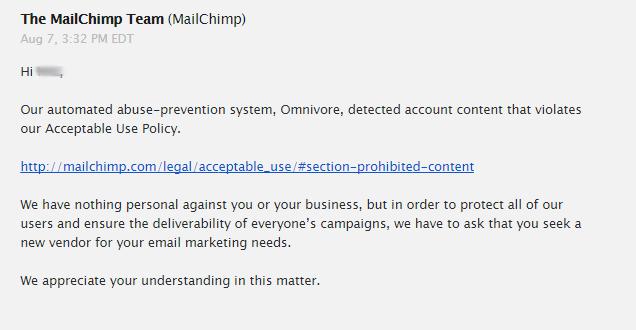 After days of not hearing from them, that’s what we got in reply. Apparently their ever-diligent bot, Omnivore had found an affiliate link.

So we replied with the following email: 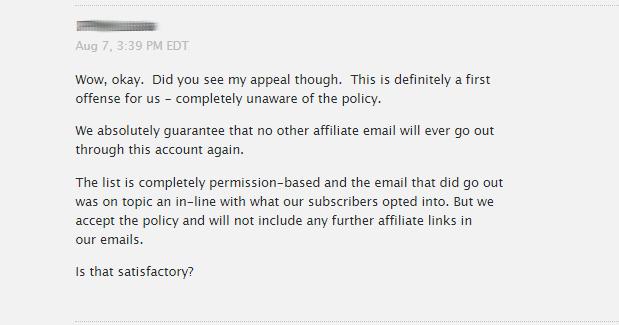 At the time of our mistake, we were completely unaware that MailChimp had that policy in place. This was, as we had informed MailChimp, an honest mistake, and something that we were happy not to repeat in the future.

Thankfully, MailChimp soon saw the light and responded with the following: 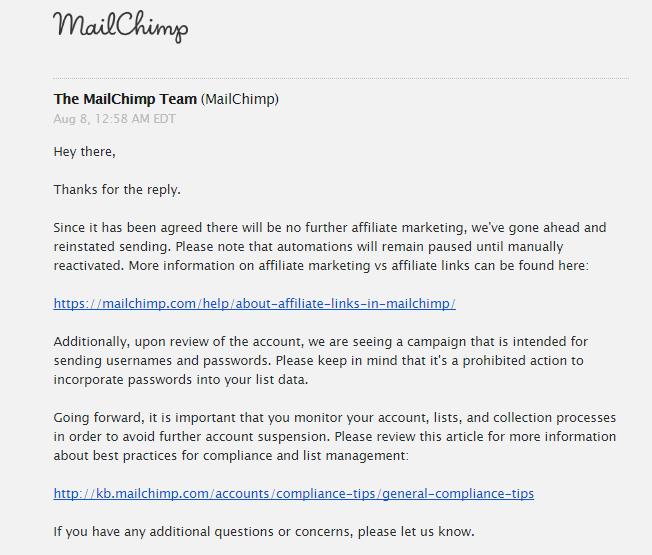 The Lesson: Always have a backup email marketing system in place!

Fortunately, we had Sendy as well as GetResponse (which, for the record, aren’t bad email platforms themselves!) and were able to continue using that option during our unplanned hiatus from MailChimp.

The truth is you never know when your email provider will determine that you broke a rule in the fine print and it pays to be prepared.

Tip: When it comes to emails, take your unopened list and shift it over to another email provider. Once they opt back in, bring them back to your primary email.

Other Areas Where It Pays to Diversify

Of course, the importance of diversification can just as easily apply to other scenarios as well.

Take, for example, your ads account. If you’re relying too heavily on ONE advertising platform for your traffic, then you’re creating an awful lot of risk. What happens when that ad campaign stops performing well? What if Facebook (or your ad platform of choice) decides to change their rules, or suddenly determines that you’re in violation of some rule that you weren’t even aware of? For this reason, it’s smart to have multiple streams of traffic; avoiding the temptation to lean too heavily on one source.

This concept even applies to organic search. If you’re having most of your traffic coming from search, you’re incurring a lot of risk. Should Google update their search algorithm, you could lose a great deal of traffic overnight. Better to ensure that you’re getting some traffic from Google search, but also traffic from your blog, ad campaigns, email campaigns, publications, social media, influencers, and other sources as well.

One more area where it pays to diversify is when it comes to your merchant processor. It may not sound that important, but having at least two forms of payment processing is vitally important. Think about it: if your merchant processer decides to cancel or suspend your account, then you won’t have any way of collecting payments. Having a second one could prove to be a lifesaver.

Finally, one more area that springs to mind when it comes to diversification, is your online storefront. If you use Amazon, that’s great, but I would advise you to work on building up your own storefront too, in order to diversify your sales. With Amazon, you don’t own your own storefront, and should they decide that you’re not abiding by their rules, they can shut you down. While rare, this isn’t unheard of, and has happened to a number of different e-commerce stores in recent years. Josh Stankler is one such example. Without warning, Amazon suspended his account, leaving him and his inventory high and dry. It was months before they finally reinstated his account, and Amazon wasn’t very helpful, nor were they forthcoming on why his account was suspended to begin with. In most cases, account closures have something to do with the fine print rules, and a violation that you weren’t even aware of in the first place.

Naturally, this type of action would have devastating consequences for an e-commerce store owner – not only in terms of lost sales and income, but also the fact that there’s often a great deal of inventory that’s tied up while Amazon has the account frozen; presenting even more financial hardship.

Diversifying is the name of the game when it comes to web-based businesses, and for e-commerce entrepreneurs, I firmly believe that it’s necessary for survival.

What are your thoughts on diversification? Essential, not that necessary, or just a good idea?