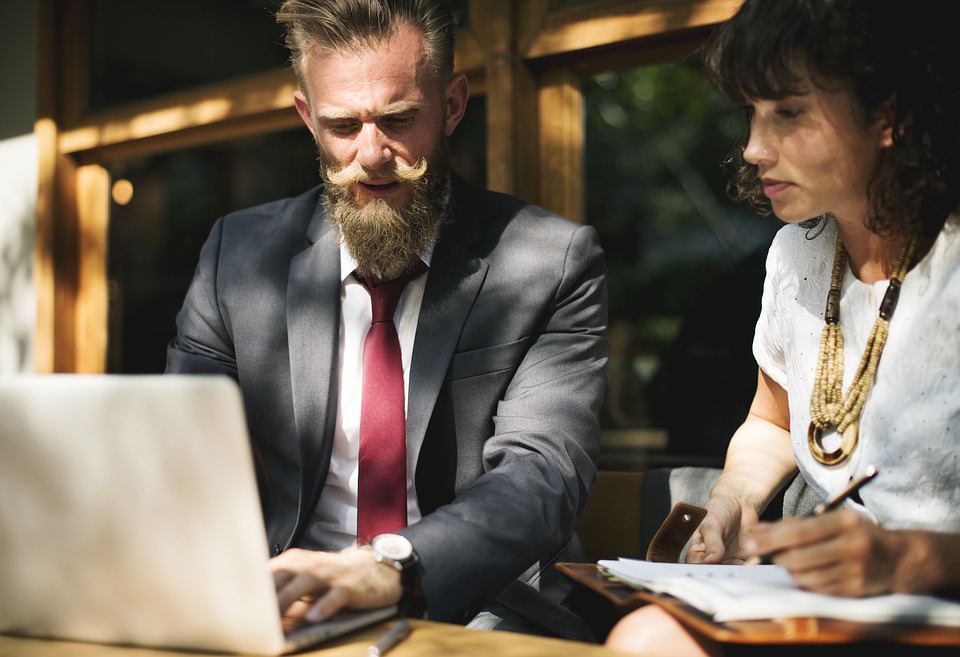 As entrepreneurs, it’s easy to adopt a lone wolf mentality.

We’re used to flying solo, and making things happen on our own –and to us, the idea of depending on anyone else for anything is a foreign concept, and not something we’d seek out, or naturally gravitate towards.

But as much as we might hate to admit it, we can’t do it alone. Sure, you might succeed for a while, but you’ll have a much harder time reaching the top when it’s just you pulling yourself up. Sometimes you need someone to come alongside you, to introduce you to a different perspective, new connections, or ideas that you might not have thought of on your own. Often, we also need someone to take a critical look at our projects and plans and poke holes in our theories for us.

The entrepreneurial journey is filled with hurdles and pitfalls, and learning from the mistakes and successes of others can help you to avoid many of them; your shortcut to success, if you will. After all, there’s no point in learning everything the hard way if you don’t have to!

While business mentors are especially invaluable when you’re a young startup, even experienced entrepreneurs can benefit from having a mentor, or belonging to a mastermind group. 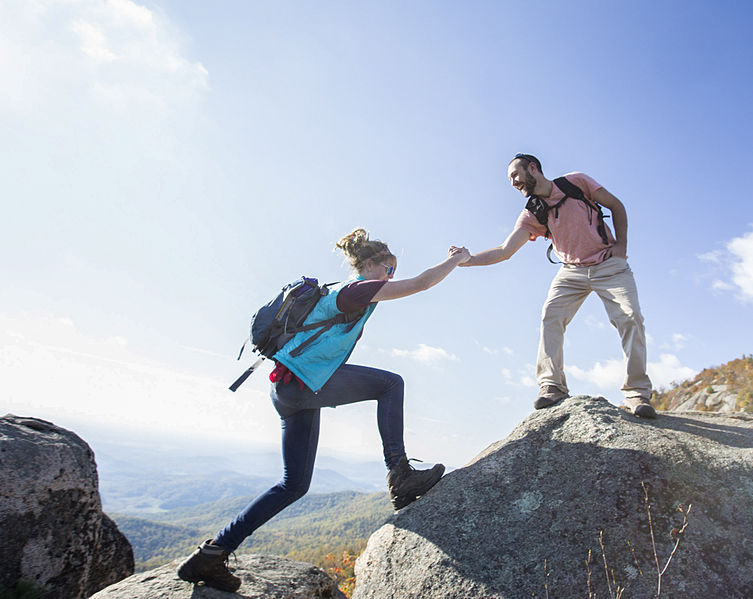 In fact, many of the world’s most successful innovators, entrepreneurs, visionaries, and writers have been part of a mastermind group, or had mentors themselves.

Take, for example, Benjamin Franklin, Henry Ford, Walt Disney, J.R.R. Tolkien, or C.S. Lewis –they were all part of groups of like-minded people who met regularly to bounce ideas off each other.

And when it comes to mentors, Warren Buffett credits Benjamin Graham with helping to shape him into an investor, while Richard Branson says his uncle showed him how to harness his eccentricity into entrepreneurial endeavors.

Regardless of your industry or the business you’re in, being able to benefit from other people’s knowledge can give you a leg up. Not only can mentors help to keep you on the right path, they can offer valuable advice that you just can’t get anywhere else. Real-life guidance from someone who has been there, done that is invaluable.

With this in mind, let’s take a look at a few benefits of having a mentor now.

The Benefits of Having a Mentor

According to a UPS survey, some 70 percent of the entrepreneurs that underwent mentoring had businesses that survived for five years or longer –twice the rate of businesses that didn’t have mentors.

Here’s a breakdown on some of the benefits that come from having mentors.

Finding a Mentor: What to Look For 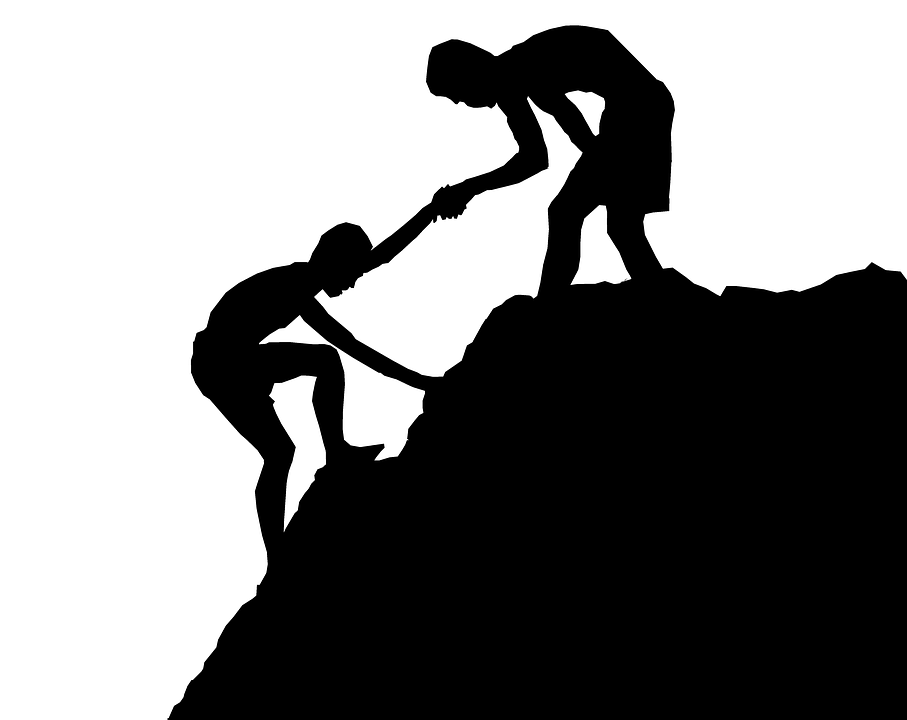 Not all mentors-to-be are created equal. And just because someone’s at the top of their game, doesn’t mean that they’re just waiting for you, or anyone else for that matter, to come knocking for advice. In fact, often cold-emailing the very successful (read: extremely busy) folks will end in rejection. It’s not personal; it’s just that their busy and inundated with requests. If they were to say yes to everything, they wouldn’t have time for anything else. Instead, consider reaching out to someone that you already know, or who’s in your network. You may even have success joining a portal that matches mentors with mentees.

But first, let’s take a look at a few characteristics that you’ll want to look for in a potential mentor.

How to Find a Mentor

Unfortunately, finding a great business guru isn’t quite as simple as drawing a name from a hat.

Equally, you don’t want to just walk up to a stranger on the street and ask, “Will you be my mentor?” (Remember the Dr. Seuss book –Are You My Mother?) 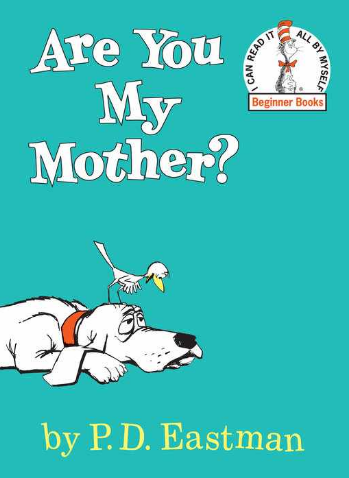 Finding a mentor can be a bit of a challenge, and that’s probably one reason people aren’t taking advantage of this type of partnership more often. In fact, it’s estimated that on average, less than 5 percent of employees have access to mentoring and networking.

Still, if you’re determined –you’ll be able to find someone. Here’s a look at a few different ideas to help you on your way.

When it comes to enlisting them as a potential mentor, take care in how you approach the subject with them. Asking for a big commitment upfront with something along the lines of, “Will you mentor me?” is unlikely to get you very far. Instead, try taking a much more casual and less commitment-heavy approach. Consider something like, “I have a few business concepts that are related to your industry, and I’d love to run them by you to get your thoughts. I wonder if you’d possibly have time in the next week or two to hop on a quick Skype call with me?”

But it’s not just a mentor-mentee relationship that you can benefit from; joining a mastermind group can prove to be another great resource for entrepreneurs as well. 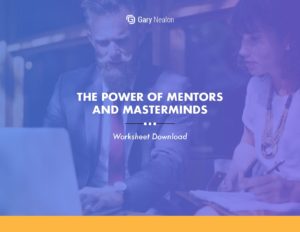 Get our The Power of Mentors and Masterminds Worksheet delivered right to your inbox.

Benefits of Having a Mastermind Group

In addition to finding a mentor, having a mastermind group can also be an invaluable way to receive advice and give it out yourself.

Mastermind groups are a form of peer-mentorship. Think of them as a continual, ongoing support group of people who are working on their projects, while helping each other out.

There’s nothing like being able to meet up with your peers, bounce ideas off of each other, and learn something or two while you’re at it.

Keep in mind that mastermind groups vary considerably –not just from industry to industry, but in terms of their purpose. For instance, you can join a group primarily for accountability, for high-level broad-reaching business advice, or ones that are more industry specific. The best one for you will depend primarily upon what you hope to gain from the group. Don’t be afraid to join more than one! Each will offer different benefits, varying perspectives, and angles for you to view things through.

The mastermind groups that I’m in vary quite a bit, and generally include a mix of the following:

Some of the ones that I participate in are:

Your ideal groups may vary from mine. What matters is finding a group, or variety of groups, that will be a good fit for you, and benefit you the most.

Here are a few benefits of joining a mastermind group.

Tips for Joining or Forming a Mastermind Group 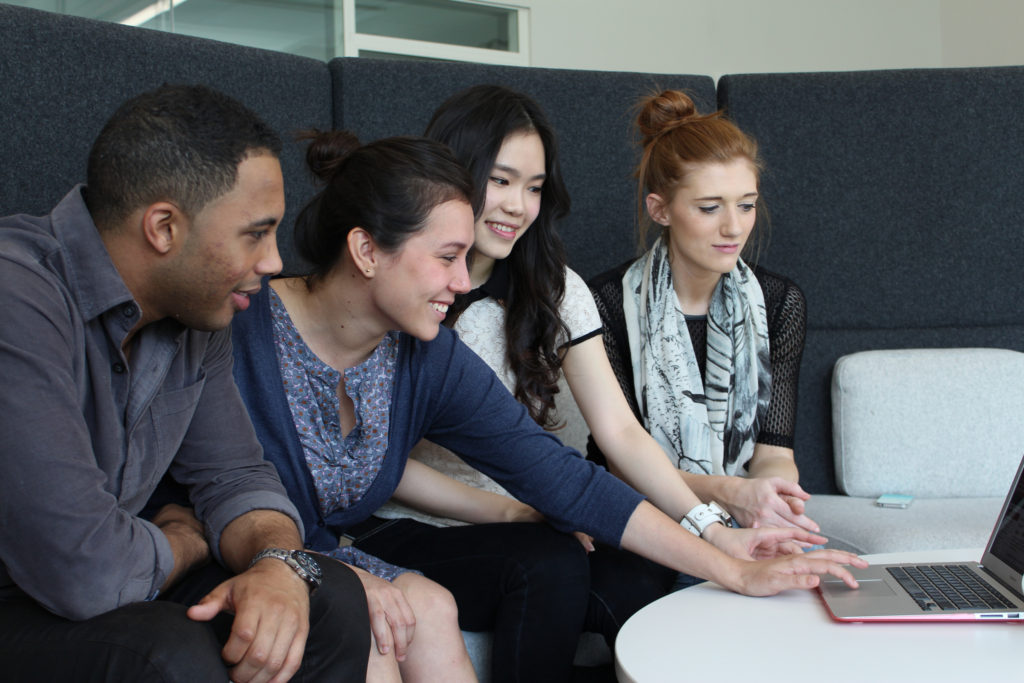 So you’d like to join –or form, your own mastermind group?

It’s important to keep in mind that not all mastermind groups are created equal. The best groups are formed when every member has something to offer. With this in mind, here’s a look at a few tips for finding, and forming, successful peer-mentorship groups.

Corey Ferreira, entrepreneur and content creator at Shopify created a helpful template that’s similar to the one that he uses when reaching out.

My name is Corey, I’m an entrepreneur and CEO of X. I’m interested in starting a mastermind, aka peer-mentoring group, with a few other motivated and ambitious entrepreneurs. You don’t need to be extremely knowledgeable or very successful. I’m just looking to meet with other entrepreneurs on a weekly basis, on Google Hangouts, where we can help one another and grow together. If you’re a positive person and serious about your business, I’d love to have you be a part of my mastermind group.

[a section talking about what you bring to the table, your specialties, skills and experience.]

If you’re interested, give me a little background on yourself, what you’d like to get out of this mastermind group, and what you think you can contribute and I’ll contact you!

“As long as you don’t make it all about you and you are genuine in wanting to create a peer-mentoring group where entrepreneurs can help one another and grow together, people will be interested,” Ferreira says.

For more on forming mastermind groups, be sure to check out his helpful article: Why a Mastermind Group Can Accelerate Your Success (And How to Form One).

Any time that you have the opportunity to benefit from someone else’s experience and knowledge –don’t hesitate to do so! Whether it’s in the form of a mentorship or a peer-mentorship, connecting with others can open up doors of opportunity, help you to sidestep many common issues that entrepreneurs face, and even enable you to accelerate your career or business’ growth in a way that few things can.

It’s worth spending some time finding a mentor, participating in networking events, and getting involved with a mastermind group. Who knows? Maybe eventually you’ll even give back as a mentor yourself!

Have you had a mentor who helped you? Or are you part of a mastermind group? Share your experience and tips in the comments.

Get our The Power of Mentors and Masterminds Worksheet delivered right to your inbox.